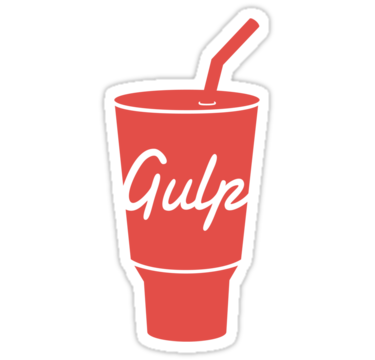 Gulp is a tool that bases on NodeJs (https://nodejs.org/en/). Tools like Gulp are often referred to as “build tools” because they are tools for running the tasks for building a website. The two most popular build tools out there right now are Gulp and Grunt

In this article, we will build a web client using Gulp. Web client will connect to server through Proxy. Server-side build on Scala & play framework but we don’t talk in this tutorial.

When you’ve done with installing NodeJs, you can install Gulp by using the following command on the command line:

The npm install command we’ve used here is a command that uses Node Package Manager (npm) to install Gulp onto your computer.

The -g flag in this command tells npm to install Gulp globally onto your computer, which allows you to use the gulp command anywhere on your system.

Mac users need the extra sudo keyword in the command because they need administrator rights to install Gulp globally.

Now that you have Gulp installed, let’s make a project that uses Gulp.

Go to the project folder and start to settings now

You can see a new package.json file for your project which stores information about the project, like the dependencies used in the project

we can install a Gulp into the project by using the following command:

we’ve added –save-dev which tells the computer to add gulp as a dev dependency in
package.json

if you check the project folder, you should see that Gulp has created a node_modules. You also see a Gulp folder within node_modules

Gulp is flexible enough to work with any folder structure. You should understand how it working before tweaking it for your project.

For this article, I will use following the structure:

we will use app folder for development purposes. All source code will be placed in the app folder.

You can also install external libraries by using bower. It will be placed in the app too. we will talk it in next steps.

The first step to using Gulp is to require it in the gulpfile.

we tells Node to use Gulp module. We assign its contents to variables  gulp

we can now begin to write a gulp task with gulp variable. The basic syntax of a Gulp task is:

task-name refers to the name of tasks, which would be used whenever you want to run your Gulp task

To test it out, we can try to make a “hello-task” that says “hello world”

we can run this task with gulp hello-task on the command line:

The command line will return a log that says hello world:

Before configuring Scripts task, we need to install modules by running command line

you can see 2 new dependencies in package.json and these modules in a node_modules folder

We assign its contents to variables

gulp.src – Source path of javascript. /**/*.js – all files have type .js in any folders in app/scripts folder. we can use ! to ignore all files with type .min.js

You can see results by running command line

In scripts folder, we can see new .min.js files which minified

Above task, we’re talking about the way to minify javascript files. But we won’t use javascript directly. In the tutorial, we write typescript instead of javascript as flow below

we need to install 2 more modules by running command line

We can assign its in gulpfile.js

you can see results by running command line

In scripts folder, you can see both .ts files and angularjs files

To make things consistent, we can also build the same sequence with the first group. Let’s use default as the task name this time:

You can see Scripts, HTML and build task will run into Gulp command. We don’t need to run command for each time

Watching these changes. This is very useful. At the moment, we’re needing to run command line for each time of tasks. The good news is that Gulp can watch for changes and automatically run the tasks.

This time when you run gulp it will keep running and watch for changes in the scripts/j, HTML folders and run the scripts and HTML tasks when a change is detected in their respective folder.

we’ll connect to server side through Proxy.

BaseDir: Our source path. You should create an index.html file as main running

pathRewrite: replace ‘/api’ to ‘/’. When client call Ajax with Url: ‘api/accounts/’ then it’ll connect to server and call URL:  ‘http://localhost:9000/accounts’

Gulp run and automatic open your browser and it’ll access to an index.html file which put in the app folder

About the Author: Nguyen Dinh Thuc